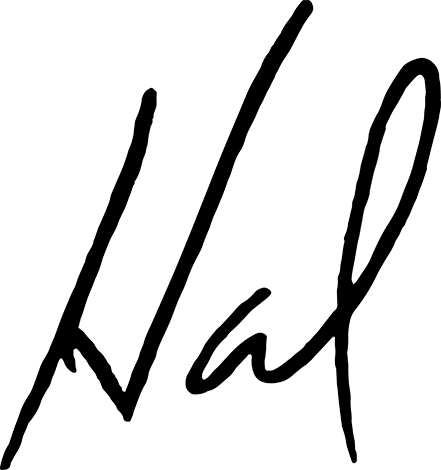 Although Hal Ashby directed a remarkable string of acclaimed, widely admired classics throughout the 1970s—HAROLD AND MAUDE, THE LAST DETAIL, SHAMPOO, COMING HOME, BEING THERE—he is often overlooked amid the crowd of luminaries from his generation. Amy Scott’s exuberant portrait explores that curious oversight, using rare archival materials, interviews, personal letters, and audio recordings to reveal a passionate, obsessive artist. Ashby was a Hollywood director who constantly clashed with Hollywood, but also a unique soul with an unprecedented insight into the human condition and an unmatched capacity for good. His films were an elusive blend of honesty, irreverence, humor, and humanity. Through the heartrending and inspiring HAL, you feel buoyed by Ashby’s love of people and of cinema, a little like walking on water.

Jan Bijvoet was born in Antwerp in 1966. He has been one of the artistic directors and actors of the Antarctica Theater since 2005. He has also performed in film and television, guest-starring in a number of series. He has starred in the films AD FUNDUM, THE BROKEN CIRCLE BREAKDOWN (Academy® Award nominee), and BORGMAN (Official Selection – Competition, Cannes 2013). In 2007, he was nominated for the Flemish Culture Award of Scenic Arts. Referring to the German explorer who was the inspiration for his character, he reflects that even though Grünberg tried to integrate with the native people, he could not let go of his white spirit. “He had the western way of thinking, and he wanted to carry hundreds of things to study. Love is possession, too. He is also afraid of death. He doesn’t understand why, but it’s because deep down, he is a materialist since his formation, even though he tries to drift away from it.”

Brionne Davis was born in Texas and started acting at a very early age, playing Tom Sawyer. He has starred and taken leading roles in more than 30 independent feature length and short films and television series, including REST STOP: DON’T LOOK BACK (2008), DOROTHY AND THE WITCHES OF OZ (2012), Pandemic (2007), NARCISSIST (2014), SAVAGED (2013), and HOLIDAYS WITH HEATHER (2006). In New York, Brionne starred in the Theatre Row adaptation of Sam Shepard’s “True West.” He has appeared in many theater productions all across the country, including “Wallenburg” at the Soho Playhouse, “A Noble Exile” in Los Angeles and “Nueva York,” a one-man show that he wrote   and produced, inspired by the writings of Tennessee Williams. Davis’ character “Evan” in EMBRACE OF THE SERPENT was inspired by the great botanist and explorer Richard Evans Schultes, and he feels close to him in his love of and search for plants and nature.

Antonio Bolívar Salvador is one of the last survivors of the Ocaina people. He resides near Leticia and has had some previous experiences in filmmaking, but he prefers not to speak about them because he feels that they were disrespectful to his culture. Besides playing one of the main characters, he also served as interpreter for the Tikuna, Cubeo, Huitoto languages and even English, as he became the teacher of the international actors. He represents the best of the Amazonian people: willing to trust foreigners, to transmit their knowledge and thankful to be treated respectfully. That’s the most important aspect of the film to him: “It is a film that shows the Amazon, the lungs of the world, the greater purifying filter and the most valuable of indigenous cultures. That is its greatest achievement.”

Nilbio Torres has never set foot in a gym; his amazing physique has been sculpted by the hardships of the jungle and the hard work he’s done since he was little. The 30- year-old has only worked in agriculture and this is his first experience with the cinema. He has a hard time expressing himself in Spanish, as he speaks mostly Cubeo. But he manages to find words to tell what this experience has meant to him. He feels the film is faithful to the story of his ancestors. “What Ciro is doing with this film is an homage to the memory of our elders, in the time before: the way the white men treated the natives, the rubber exploitation. I’ve asked the elders how it was and it is as seen in the film, that’s why we decided to support it. For the elders and myself it is a memory of the ancestors and their knowledge.”

Yauenkü Miguee was born and raised in Nazareth, a Tikuna community of the Amazon, 26 years ago. He is now a student of physical education in Bogotá and is about to achieve his greatest goal: to become a professional. He defines his participation in the film as a new experience in his life, this time from the field of art and corporal expression, which reinforced his thinking and showed him how to see life from different perspectives. He believes this film should be shared not only with the people of the locations, but all across the country, with all the indigenous peoples in Leticia and the Amazon, with the leaders, in schools and universities. He is the voice of many Manducas, a voice that, far away from the so-called civilization, cries out for a more civilized attitude towards Colombia’s indigenous communities.

Amy Scott is a director and editor living in Los Angeles. A former media producer for the University of Chicago, she has been editing social issue documentaries for over fifteen years. Amy began to recognize the impact of the interview while working for Studs Terkel cataloging his radio interview archive at the Chicago History Museum. HAL is her feature length directorial debut.

Christine Beebe is an independent producer whose current projects include the documentary features HAL, PIGEON KINGS, and TONY CONRAD: COMPLETELY IN THE PRESENT, which has screened at the Viennale, International Film Festival Rotterdam, Tate Modern, and The Broad. Her Emmy-nominated documentary series WE’VE BEEN AROUND won an Outfest Audience Award and a GLAAD Special Recognition Award in 2016. Her directorial debut, FELIX AUSTRIA! premiered at HotDocs in 2015 and is available on Kanopy.

Jonathan Lynch is the Executive Producer and owner of Shark Pig, the LA-based production company behind HAL. He cut his teeth as location manager on films like PINEAPPLE EXPRESS, FASTER, and HESHER, before working as Associate Producer on THE DRIFTLESS AREA. He has over a decade of experience in film, commercials, and television, and more than 100 productions under his belt. He has the will of an ox and makes great cocktails.

Brian Morrow is the Creative Director and owner of Shark Pig, the LA based production company behind HAL. He is also a producer, writer, director, editor, public speaker, and occasional rapper. He and Shark Pig co-owner Jonathan Lynch develop all manner of films and branded content. His insistence on having fun at work has left him with a slightly balding head of grey hair and bigger filmmaking ambitions. You should meet him. He's funny. Sort of.

Jonathon Narducci is an award-winning commercial and music video director and cinematographer. Jonathon’s feature-length directorial debut, LOVE ME, was an official selection at HotDocs Film Festival in Toronto and currently streaming on Netflix. His sophomore feature documentary, GHOSTS OF THE REPUBLIQUE, is currently in post-production. Jonathon has also worked as the Director of Photography on the critically acclaimed international film, OUT OF THE VILLAGE, which has premiered at more than 70 film festivals around the world.

Lisa Janssen is an archivist and documentary researcher living in Los Angeles. Her most recent film work includes TONY CONRAD: COMPLETELY IN THE PRESENT and the acclaimed documentary series WE’VE BEEN AROUND. She also edited and oversaw the publication of filmmaker Curtis Harrington’s memoir Nice Guys Don’t Work in Hollywood as well as the reissue of Rudy Wurlitzer’s SLOW FADE.

Heather McIntosh started her musical career playing cello with the bands of The Elephant 6 Collective and bass with Gnarls Barkley and Lil Wayne. She was one of four women who made the Academy Awards shortlist of composers for Best Original Score in 2013 for her score to Craig Zobel’s COMPLIANCE, and again in 2015 with Craig’s film, Z FOR ZACHARIAH. Heather is an alumna of The Sundance Institute Music & Sound Design Labs at Skywalker Sound, a 2014 Sundance Institute Time Warner Foundation Fellow, and a member of the Academy class of 2016.

Sean Jarrett is a film editor who works primarily in the documentary genre. He has been the editor of two feature films that have premiered in the U.S. Documentary Competition at the Sundance Film Festival, HOLY HELL (2016) and now HAL (2018). Previous work includes collaborations with Academy Award-winning director Davis Guggenheim. Currently, Sean is working with director Brian Knappenberger (NOBODY SPEAK: TRIALS OF THE FREE PRESS, THE INTERNET’S OWN BOY: THE STORY OF AARON SWARTZ) on multiple projects including a documentary television series set to premiere in 2018.